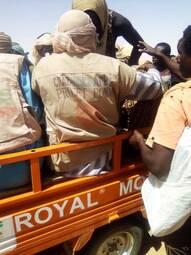 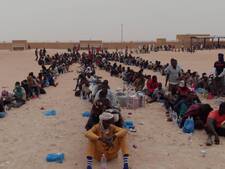 During the months of August and September 2022, at least 4747 people were deported from Algeria to Niger, according to Alarme Phone Sahara's whistleblowers in Assamaka, the Algerian-Nigerian border. The number of people deported since the beginning of 2022 is now at least 17105. 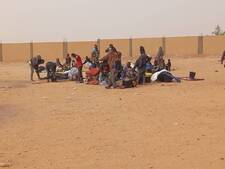 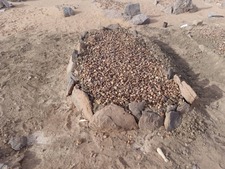 Arlit / Niger: People killed and others injured in a bus accident

Tragic accident after deportations from Algeria to Niger

Posted on Nov 10 | visited: 5532
Posts
Latest news Analyses & statements Activities of APS
Latest posts
2022-12-04 Niger end 2022: Humanitarian emergency in the face of mass deportations and inaccessibility to IOM services (News) 2022-10-21 October 2022: Deportations from Algeria to Niger continue - assistance to deportees by Alarme Phone Sahara's tricycle (Activity, News) 2022-09-19 More mass deportations from Algeria to Niger in August and September 2022 (News) 2022-09-19 "It's too hard, we want to go back": Senegalese in Niger denounce the difficult wait for their repatriation (Statements, News) 2022-09-22 Niger: Senegalese migrants take to the streets to march from Agadez to Niamey and demand their return to Senegal (News) 2022-08-28 Niger: Protests of migrants in IOM camps in Agadez and Arlit (News) 2022-08-27 IOM in Niger: Criticism of serious shortcomings in the care of people stranded in Niger (News, Statements)