News and reports tagged with Rescue 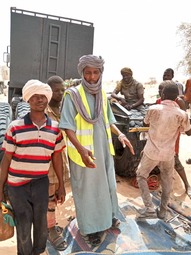 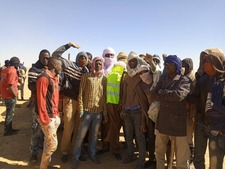 Posted on Apr 03 | Tagged Mafrouss, sauvetage, rescue, migrants, migrant-e-s, Niger, Libye, and Libya
03rd of May 2019: Helping in rescue of migrants from Niger Republic at Kaouar valley in the Tenéré desert 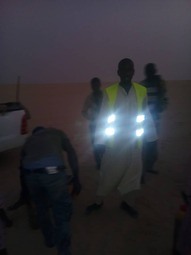 Images of rescue of 28 migrants between Achinouma and Latai in the Tenéré desert.

Posted on May 03 | Tagged Tenéré, sauvetage, rescue, and Niger
Rescue of people in distress in the Ténéré desert 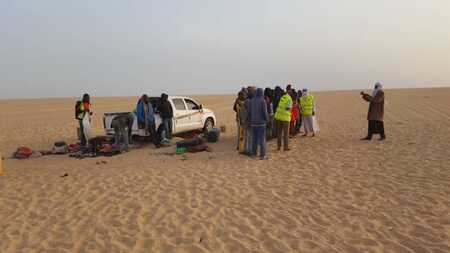 Thursday, 14th of March 2019, the team of Alarme Phone Sahara whistle blowers from Bilma participated in the rescue of a group of 25 persons who had been in distress in the desert for several days due to a breakdown of their vehicule. The people concerned were citizens of Niger on their way for seasonal migration to Libya.

Posted on Apr 03 | Tagged sauvetage and rescue
Latest news
2021-02-11 Niger: 100 Deaths Not Without Remorse 2021-02-06 6th of February 2021: International day of CommemorAction for people killed and missing on the migration routes 2021-01-13 Large deportation of Subsaharan migrants from Algeria to Niger border 2021-01-09 Half a year of Collective Kitchen in the Covid-19 context 2021-01-07 Statements by visitors of the Collective Kitchen in Agadez
Tags