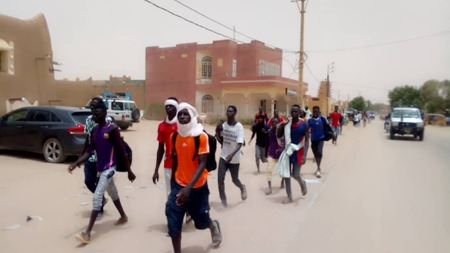 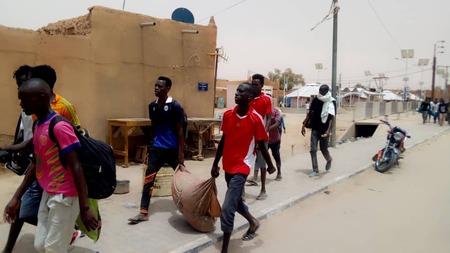 Update concerning the sudanese minor refugees who had left the UNHCR camp in Agadez to march into the desert towards Libya:

According to Alarme Phone Sahara team in Agadez, the minor refugees have returned to the UNHCR camp. Before they set off for the desert, they had made a demonstration through the main roads of Agadez.

They protested against their lengthy asylum procedures not providing any solution for them and against the bad living conditions in the camp they are stuck in.

In response to the protest of the minor refugees, worried by their move into the desert, responsibles of the UNHCR promised to start interview procedures on Monday, 22nd of July.