On January 17th, as has happened several times recently in various West African states, activists* took to the streets in Niger against the presence of the French military and international military missions such as "Operation Barkhane" - against the background of a security crisis worsening throughout the Sahel region and murderous attacks by armed groups. Many believe that this security crisis serves as a pretext both for the destruction of democratic freedoms and for the recolonization of the Sahel countries.

An activist from Alarme Phone Sahara was on the spot in Niamey: 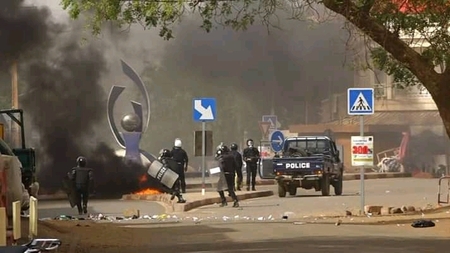 On Friday, 17th of January 2020, demonstrators took to the streets of Niamey, the capital of Niger to protest against the presence of the French army and foreign military missions, such as Operation Barkhane. At the same time the demonstrators showed solidarity with the members of the Niger military who are in danger of being massacred by armed groups in the face of a worsening security crisis. 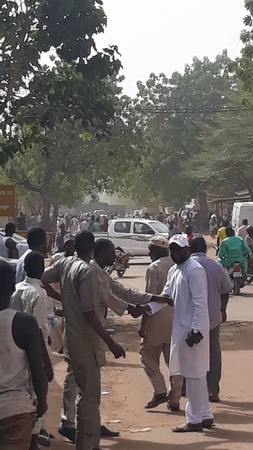 According to reports from a member of Alarme Phone Sahara on the spot, the mobilization of citizens was met with massive police repression, the internet connection was interrupted to prevent communication and the gathering place was locked, forcing the demonstrators to move to different locations.

The Alarme Phone Sahara member on the spot described the situation as follows:

"(...) Faced with peaceful demonstrators with their bare hands, the government deployed a veritable armada of anti-riot forces, hermetically blocking access to the place of assembly. So much it is allergic to any citizens' initiative in support of the armed forces and denouncing the presence of foreign forces, especially Barkhane. 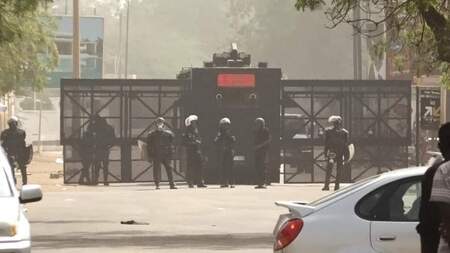 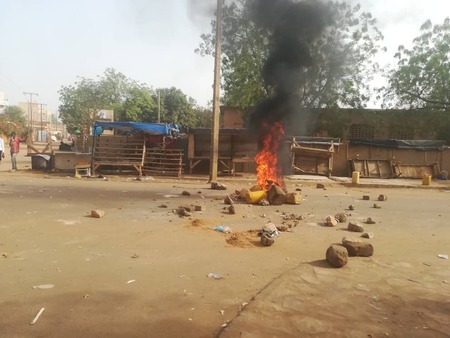 The meeting planned for this square could not take place, but the whole world has witnessed our willingness to bring out a different sound than that of the authorities who are committed to the interests of imperialism. Congratulations and thanks to all those who rallied around the square and remained stoic and peaceful in the face of the police armada deployed. »

According to the Alarme Phone Sahara member, the worsening security crisis in Niger serves as an excuse for the ruling power to reinforce repression and limit the freedom of the population:

"In any case, by massively deploying police forces, the government has shown to the world that the ongoing security crisis is an opportunity for it to restrict civic spaces and challenge the democratic gains. The more the security situation deteriorates in the country, the more the space for freedom is shrinking. The more the armed groups strike at the country, the more the government feels it has a duty to weaken the democratic framework, thereby contributing to the achievement of one of the groups' objectives, namely the end of what remains of our democracy. »

He expresses his determination to continue the fight:

"We will not give up and we will fight by all legal means to prevent the recolonization of our country which is the main issue of what has been at stake for almost five (5) years. The struggle continues!!! »