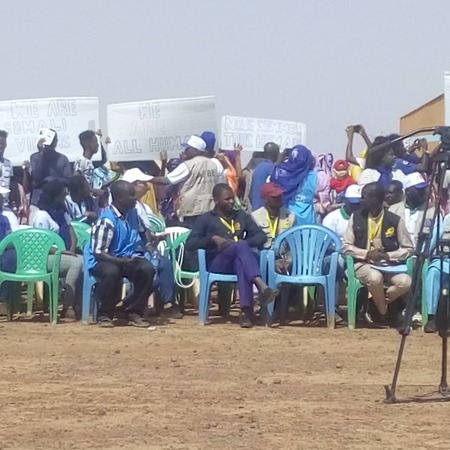 From Australasia to the Americas, UNHCR celebrated the courage and determination of children, women and men driven from their homes by dance performances and food festivals. In Niger, it is the evacuees from Libya as part of the ETM project. Among them are Eritreans, Ethiopians, Somalis and Sudanese in their new Camp in Hamdallaye, a commune 45 km from the capital.

At the same time that the authorities and heads of institutions came to celebrate this day, the refugees brazenly took the opportunity to denounce their living conditions in this camp. They set up a sit-in to demand the improvement of their living conditions. Strong messages such as "WE ARE ALL HUMAN", "FAIRNESS-JUSTICE" etc. can be seen on their signs. 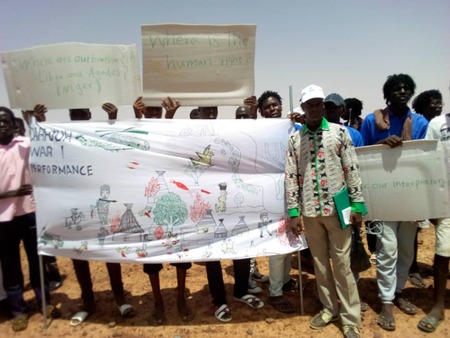 At one point, the demonstrators prevented the car of the General Secretary of the Ministry from leaving the premises. They decry the lack of reliable infrastructure to shelter them in an area of high heat and wind and vulnerable also with the rains. Lack of water, food and medicines, and also malaria which is very prevalent. 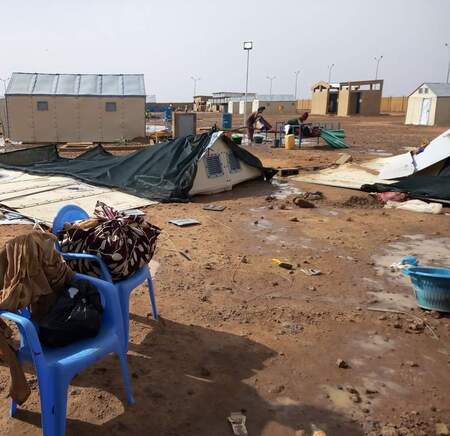 In response to this situation, the UNHCR representative made a strong speech in which she promised the demonstrators that she would meet the next day with a delegation. 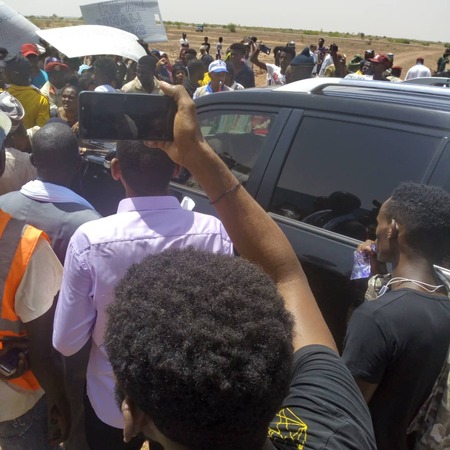 Those present at the 'protest ceremony' appreciated her reaction, as things could go wrong if law enforcement was seized to intervene.

Posted on Jul 28 | Tagged UNHCR, HCR, réfugié-e-s, Niamey, refugees, and protest | visited: 5514
Posts
Latest news Analyses & statements Activities of APS
Latest posts
2022-10-21 October 2022: Deportations from Algeria to Niger continue - assistance to deportees by Alarme Phone Sahara's tricycle (Activity, News) 2022-09-19 More mass deportations from Algeria to Niger in August and September 2022 (News) 2022-09-19 "It's too hard, we want to go back": Senegalese in Niger denounce the difficult wait for their repatriation (News, Statements) 2022-09-22 Niger: Senegalese migrants take to the streets to march from Agadez to Niamey and demand their return to Senegal (News) 2022-08-28 Niger: Protests of migrants in IOM camps in Agadez and Arlit (News) 2022-08-27 IOM in Niger: Criticism of serious shortcomings in the care of people stranded in Niger (Statements, News) 2022-08-23 Solidarity video for Sierra Leonean refugee protest camp in Munich (Statements, Activity)