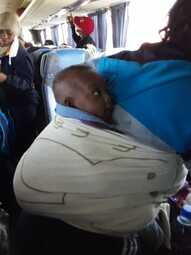 Morocco: pushbacks of Sub-Saharan people to the border with Algeria have resumed since November 2019

According to reports, in the week before 22nd of November, the Moroccan authorities again carried out pushbacks of migrants to the border with Algeria.

September 7: A man from Guinee killed by Moroccan police near Nador

Report on the tragic death of a Guinean man who was killed on September 7 by Moroccan police in the Boulingo forest, near Nador in northern Morocco, in the region near the Melilla enclave.

Death in the cold at the Moroccan-Algerian border!

At least 8 migrants died in the border region between Algeria and Morocco between December 2018 and 5th of February 2019.