Freedom for Moussa Tchangari and the other representatives of civil society in Niger!

Alarme Phone Sahara, together with Afrique-Europe Interact, supports the struggle for the liberation of the representatives of the Nigerien civil society arrested after a demonstration against corruption and bad governance on 15th of March 2020 in Niamey, capital of Niger. 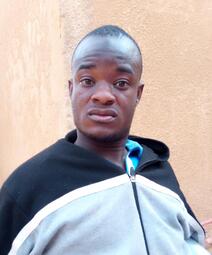 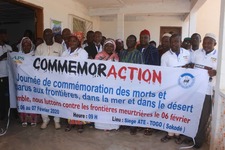 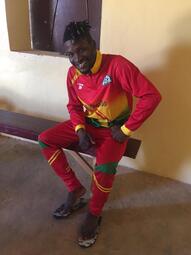 Migration and Insecurity in the ECOWAS region

Reflections on the restriction of freedom of movement between ECOWAS countries, based on traveling experiences between Niamey and Ouagadou by Dr. Chehou Azizou and Moctar Dan Yayé in October 2019. 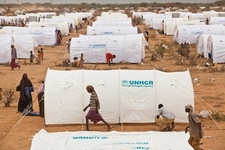 Posted on Jul 28 | visited: 4699
Testimony of migrants refouled from Algeria to Assamakka/Niger on 1st of May 2019

According to this testimony from survivors, a number of 600 people of multiple nationalities, including women and children, were left behind at the border between Algeria and Niger. 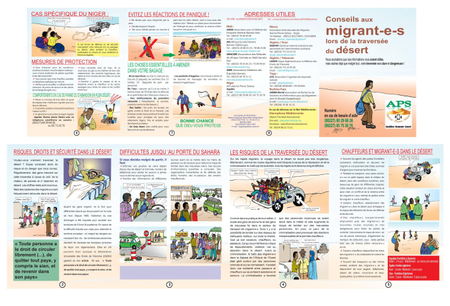 Advice for migrants when crossing the desert (french)

Posted on Apr 17 | visited: 4641
« 1 2 3 4 »
Posts
Latest news Analyses & statements Activities of APS
Latest posts
2022-09-19 "It's too hard, we want to go back": Senegalese in Niger denounce the difficult wait for their repatriation (News, Statements) 2022-08-27 IOM in Niger: Criticism of serious shortcomings in the care of people stranded in Niger (Statements, News) 2022-08-23 Solidarity video for Sierra Leonean refugee protest camp in Munich (Statements, Activity) 2022-05-22 21 MAY: TRANSNATIONAL DAY OF STRUGGLE AGAINST DEPORTATIONS (Statements) 2021-10-26 The three borders of the Sahel (Statements) 2021-10-07 Refugees in Libya: Urgent letter to African Union after brutal raids and killings (News, Statements) 2021-08-06 The criminalisation of mobility and the rhetoric of defending migrants: the Niger experiment (Statements)