Raising awareness - for what purpose?

The IOM (International Organisation of Migration) is presently organising an "awareness raising caravan" through different cities of Niger (from Niamey to Tahoua, Agadez, Arlit and others) to "raise awareness of the risks of irregular migration and its alternatives".

But what are actually the aims the IOM pursues? 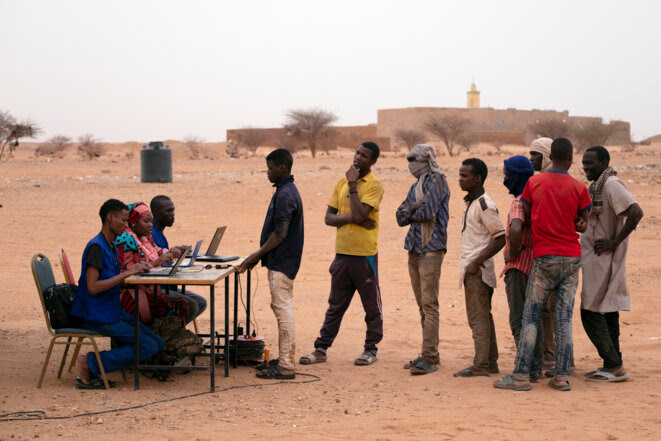 "In Niger, the UE counts on local police to track down migrants"

A report in French on mediapart.fr on the installation of biometric tools as part of "Midas" - the system of information and analysis on data concerning migration - at border checkpoints of Niger republic.

"Midas" is financed by the EU in collaboration with Japan and set up by the IOM - creator and owner of the Midas system - together with Eucap Sahel, the "civil security" mission of the EU in the Sahel countries. 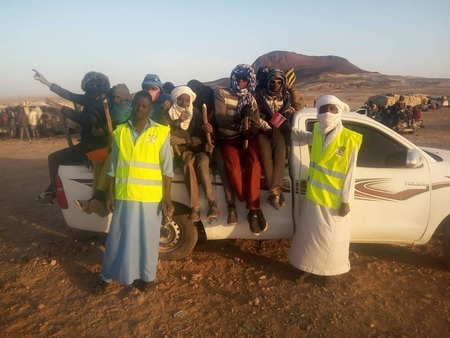 According to reports from Niger from 5th of March, Somalian, Ethipian and Eritrean refugees, who were pushed back or evacuated from Libya, held a demonstration in Niamey, the capital of Niger Republic. According to the reports, these people had applied for asylum, but see themselves in a situation where they are blocked in Niger, and protested against the way their cases are treated by the UNHCR and the state of Niger, calling for a solution. According to the reports, the police of Niger dispersed the protest using tear gas.

A report on Al Jazeera on the case of at least 30 refugees and migrants who were tortured in Libya in March 2019 after having fled from a detention centre and holding a protest in the city of Tripolis in March 2019.

Posted on Mar 07 | visited: 2535
« 1 2 3 4 »
Posts
Latest news Analyses & statements Activities of APS
Latest posts
2022-09-19 "It's too hard, we want to go back": Senegalese in Niger denounce the difficult wait for their repatriation (News, Statements) 2022-08-27 IOM in Niger: Criticism of serious shortcomings in the care of people stranded in Niger (Statements, News) 2022-08-23 Solidarity video for Sierra Leonean refugee protest camp in Munich (Statements, Activity) 2022-05-22 21 MAY: TRANSNATIONAL DAY OF STRUGGLE AGAINST DEPORTATIONS (Statements) 2021-10-26 The three borders of the Sahel (Statements) 2021-10-07 Refugees in Libya: Urgent letter to African Union after brutal raids and killings (News, Statements) 2021-08-06 The criminalisation of mobility and the rhetoric of defending migrants: the Niger experiment (Statements)